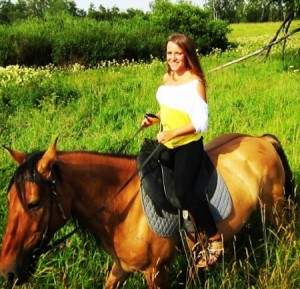 The most powerful knowledge you could possess is knowing how the heart of a Russian or Ukrainian woman works!

Russian women have several shared wants and desires from a potential mate. Knowing what those desires are will put you in an extremely advantageous position.

In fact, once you know the secrets below and how to apply them to attracting the perfect woman, everyone else in her view will simply melt away.

Number One: Russian, Ukrainian, or post USSR women want a man who is ready to live a long life.

You might not know this, but Russian men are famously short-lived. Women complain endlessly about their men’s machismo getting them into trouble. Many Russian men’s drinking is also legendary.

As a Russian woman looking for a solid mate who will be around for the long haul, one of the biggest reasons you look outside your own country is there is a relatively small pool of eligible bachelors who aren’t risk-takers or heavy partiers.

If you take good care of yourself and you don’t make a habit of taking huge risks with your life or your health, you will be attractive to a Russian woman.

Number Two: At around 25 years old, Russian and Ukrainian women can be in a hurry.

Culturally, if you are not married and working on building a family by the age of 25, the urge to settle down with the right man becomes rather desperate.

The key to this intel is that women in Russia and surrounding aren’t in the mood, generally, to date and mess around at this age and beyond. They have their eyes on the prize and that is marriage and family.

They’ve had it ingrained in them from an early age that they should be married with a family in their 20s.

According to Elena Petrova, “Most Russian and Ukrainian men cheat on their wives regularly or from time to time; it’s a husband who never cheated on his wife who is extraordinary.” Source

Though your Russian lady might not have been cheated on, she’s certainly seen it happen in her family and friends network. In any case, no woman anywhere in the world values a cheater in a mate!

Number Four: Money – but it’s not what you think!

Because of wages being very low compared to many Western countries, it doesn’t take as much money as you might think to make you attractive to a Russian or Ukrainian woman.

“Australia’s minimum salary for casual employees is $16.87/hour, plus 9.5% pension fund contribution by the employer on top of that, effectively $18.47/hour.

Most Russian and Ukrainian men grow up with a culture of machismo and toughness as a defining factor in their character. It is celebrated almost to an absurd degree. Although many Russian men do choose balance in this regard, they would be the ones that are already snapped up and off the market.

Being a genuinely kind and big hearted guy can go a long, long way with slavic women.

The Formula For Success